On Monday, our newly elected WTT president got her feet wet officiating at her first WTT meeting. Great Job Jeannette!!
On Monday evening, the Shannons and Boldings provided the grills for our grill-out. John & Sally furnished the sliders & rollers and the men did their thing with spatulas and tongs. Side dishes and condiments were provided by all. Afterwards, we enjoyed the relative cool of the evening while we discussed our problems and accomplishments since our last gathering.
On Tuesday, we followed the shade at different campsites while we continued our conversation from the previous day. Jeannette and I spent a relaxing time with our granddaughter at the park swimming hole and managed to avoid getting sunburned.

When evening meal time arrived, we carpooled to the Pin Oak Lodge for an excellent buffet. Of course, we couldn’t just eat and run so we gathered in the lobby and admired the exhibits and visited the gift shop.
On Wednesday, no one had the urge to prepare a meal so we pooled our leftovers and gathered at the Shannons with our grilling meats. The men again got the opportunity to exhibit their grilling skills. A great meal guys!!
Of course, Thursday marked another traveling day so we all had to say our goodbyes and head home.
We also want to express our appreciation to John & Sally for a fine hosting. We are looking forward to another GNR at Forest City. 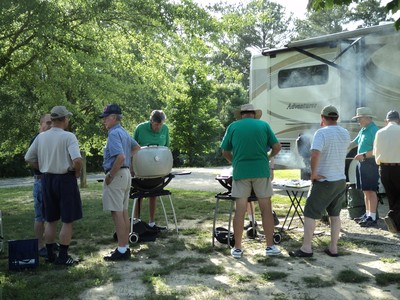 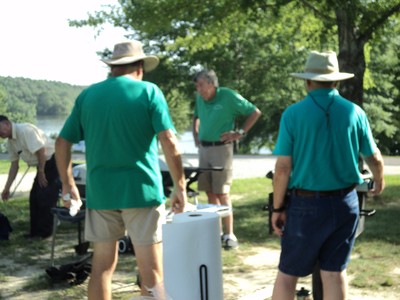 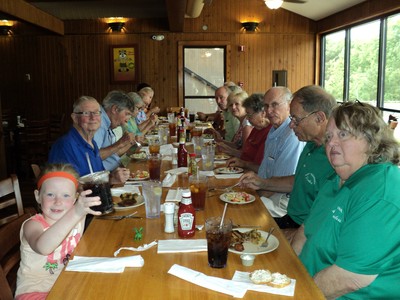 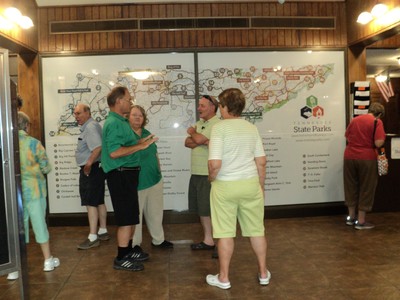